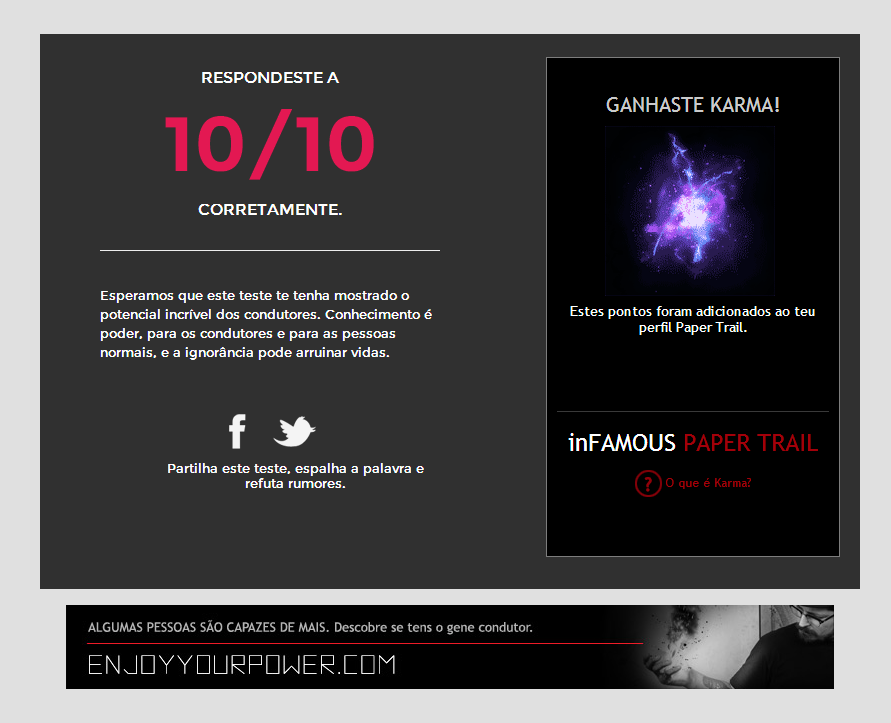 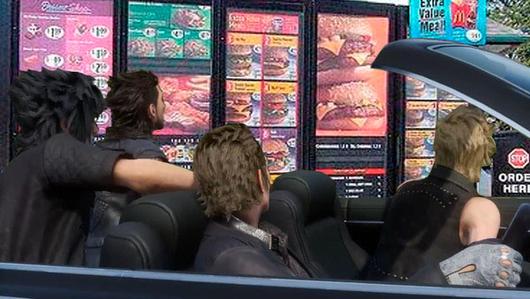 Cameron ‏[ltr]@epsilonomega[/ltr]  7 h
@RodrigoBrazucaY @SuckerPunchProd you have to have the game in order to get the patch, it automatically downloads

Chris Owen ‏[ltr]@Envisager_[/ltr]  18 de mar
For those asking, the digital version of inFAMOUS Second Son will launch at midnight on Friday morning on the Store. pic.twitter.com/ORfZ1PG9x3

Cameron ‏
[ltr]@epsilonomega[/ltr]
7 h
@RodrigoBrazucaY @SuckerPunchProd you have to have the game in order to get the patch, it automatically downloads

Chris Owen ‏
[ltr]@Envisager_[/ltr]
18 de mar
For those asking, the digital version of inFAMOUS Second Son will launch at midnight on Friday morning on the Store. pic.twitter.com/ORfZ1PG9x3

With reviews starting to pop up tomorrow morning for inFamous: Second Son, patch 1.01 is available to download right now, ringing in at 267MB in North America and around 320MB in Europe. Here’s the details: 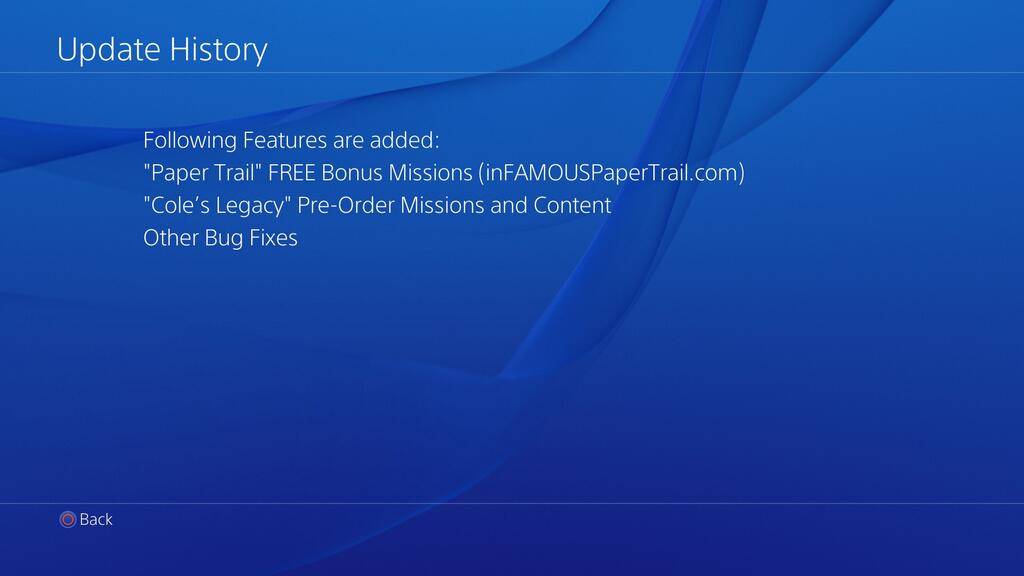 The story missions revolve around a new ‘Paper Trail’ side story, co-developed by Sucker Punch and 42 Entertainment, which follows a trail of origami doves to discover the D.U.P.’s occupation of Seattle.

Featuring 22 original pieces from the original score, the inFAMOUS Second Son Original Soundtrack album showcases an exciting collaboration between veteran composers Marc Canham (Far Cry 2), Nathan Johnson (Looper, Brick) and Brain (Tom Waits, Primus). The score echoes Delsin’s experiences finding and fighting his way through the forces that have besieged his city. A brilliant blend of chaotic guitars, musical sound design, and driving grooves, this innovative collection is inspired by both the plight of the game’s characters and its iconic setting.
inFAMOUS Second Son, a PlayStation® 4 exclusive , brings you an action adventure game where surrounded by a society that fears them, superhumans are ruthlessly hunted down and caged by the Department of Unified Protection. Step into a locked-down Seattle as Delsin Rowe, who has recently discovered his superhuman power and is now capable of fighting back against the oppressive DUP. Enjoy your power as you choose how you will push your awesome abilities to the limit and witness the consequences of your actions as they affect the city and people around you.
This item is being licensed or sublicensed to you by Sony Computer Entertainment America and is subject to the Network Terms of Service and User Agreement, this item’s use restrictions and other applicable terms located at www.us.playstation.com/support/useragreements.
If you do not wish to accept all these terms, do not download this item. This item may be used with up to 2 activated PlayStation®3 systems associated with this Sony Entertainment Network account.
© & ℗ 2014 Sony Computer Entertainment America LLC. infamous Second Son is a trademark of Sony Computer Entertainment America LLC. Developed by Sucker Punch Productions LLC. The Sucker Punch logo is a trademark of Sucker Punch Productions LLC. The Space Needle is a trademark of Space Needle LLC and is used under license.
[url=store.sonyentertainmentnetwork.com/#!/en-us/games/addons/infamous-second-son-official-soundtrack/cid=UP9000-NPUA30184_00-010005SNDTRACKA1]store.sonyentertainmentnetwork.com/#!/en-us/games/addons/infamous-second-son-official-soundtrack/cid=UP9000-NPUA30184_00-010005SNDTRACKA1[/url]