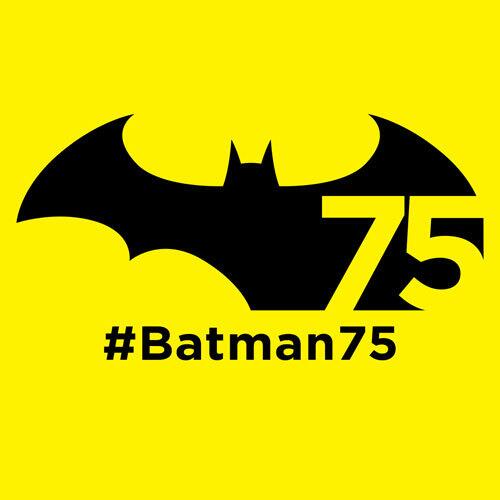 Character Facts
Powers:
exceptional martial artist, combat strategy, inexhaustible wealth, brilliant deductive skill, advanced technology
Occupation:
CEO of Wayne Enterprises
Alias/AKA:
Dark Knight, Caped Crusader, Matches Malone
Facebook:
https://www.facebook.com/batman
Dark Knight. Caped Crusader. World’s Greatest Detective. Whatever you know him as, wherever you know him from—the blockbuster movies, TV shows, video games, cartoons, or millions of comics—Batman is proof you don’t need superpowers to be a superhero… and the poster boy for what a bad childhood can do to you.

Millionaire Bruce Wayne was just a kid when he watched his parents get gunned down during a mugging in Gotham City. The crime would define his life, as he dedicated himself to becoming the world’s greatest weapon against crime—the Batman.
Forget his Batarangs, Batmobile, or Utility Belt filled with high-tech weapons.

Batman is the most feared superhero of all, because he’s pushed himself to the absolute pinnacle of human achievement. He’s a brilliant detective who’s mastered fighting techniques the world’s barely heard of. An Olympic-caliber athlete with a plan for every occasion, Batman’s seemingly always five steps ahead of his foes. But in his crusade against injustice, two questions always loom: How far will he go to protect the innocent, and will he sacrifice his humanity along the way?

To mark the milestone 75th anniversary of DC Comics’ Batman, Warner Bros. Entertainment and DC Entertainment have revealed plans for a year-long celebration befitting the world’s most popular Super Hero.  Highlights of the anniversary program, which starts today, include a new commemorative 75th anniversary Batman logo and an exclusive “Cape/Cowl/Create” art exhibit, featuring 20 contemporary artists’ interpretation of The Dark Knight’s iconic cowl headpiece and cape from the upcoming Batman: Arkham Knight videogame.  There will also be 75thanniversary-related activities across all of Warner Bros. Entertainment throughout the year.
First appearing in the comic book Detective Comics #27, which hit newsstands on March 30, 1939, featuring artwork by Bob Kane and a script by Bill Finger, Batman emerged from the shadows to become the world’s most popular Super Hero and dominate all media.  In feature films, TV shows, radio, video games, publishing and merchandise, this most human of Super Heroes has battled some of fiction’s greatest villains using his intellect, cunning and an arsenal of gadgets to further his quest for justice.
“Batman is an incredibly important property with multi-generational appeal across all of the Studio’s businesses, and we’re proud to celebrate this milestone anniversary,” said Kevin Tsujihara, Chief Executive Officer, Warner Bros. Entertainment.  “From billion-dollar blockbuster films to TV, home entertainment, video games and consumer products, The Dark Knight continues to resonate with audiences worldwide and rightfully deserves his place as a global pop culture icon for the ages.”
Batman is the single most successful Super Hero film franchise in history and there have been more theatrical movies released based on Batman than any other comic book character.  In video games, the Batman Arkham franchise is also the most successful Super Hero game concept ever.  Batman consistently breaks records in every incarnation of his character and remains the gold standard by which all other comic book sales are measured.
“Batman is one of the greatest characters ever created, in comics or elsewhere, and even after 75 years he continues to wildly fascinate fans.  He is an integral part of pop culture and has successfully captured the imagination of the entire world,” said Diane Nelson, President of DC Entertainment and President & Chief Content Officer, Warner Bros. Interactive Entertainment.  “The origin of Batman, Bruce Wayne and the famous citizens of Gotham are legendary and likely a story you know inside out, even if you’ve never picked up a comic book in your life, and that speaks volumes to the character’s immense popularity and the constructs of the original mythology.”
The first published adventure of The Bat-Man (as he was then known) was in the May 1939 issue of  Detective Comics #27, conceived of and drawn by a 22-year-old Kane with his frequent collaborator, Bill Finger, scripting the story. The character was so successful, that one year later the first comic book devoted exclusively to the Caped Crusader’s adventures,Batman #1, hit newsstands. In that issue, Batman battled The Joker and Catwoman for the first time.
Now, DC Entertainment and the Studio’s various divisions, including Pictures, Television, Animation, Interactive Entertainment, Home Entertainment and Consumer Products, will mark this extraordinary 75th anniversary with a range of highly anticipated events and products.
The new commemorative logo, also released today across social media and websites, takes its cue from the famed Bat symbol, and features block-style lettering of “75 Years.”  The mark will be rolled out on Batman-related promotions, products and initiatives.
Key activities planned for the Batman 75th anniversary celebration include: